An Introduction to A Chronological Particular Timeline of Near East and Europe History . . . 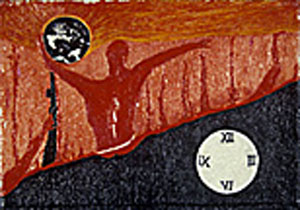 This compilation was begun merely to be a synthesized, occasional source for other writings, primarily for familiarization with European world development. Gradually, however, it was forced to come to grips with the elephantine amount of historical detail in certain classical sources. Recording the numbers of reported war deaths in previous history (many thousands, here and there!) initially was done with little contemplation but eventually, with the near‐exponential number of Humankind battles (not just major ones; inter‐tribal, dynastic, and inter‐regional), my mind was caused to pause and ask itself, “Why?”

Awed by the numbers killed in battles over recorded time, one falls subject to believing the very occupation in war was a naturally occurring ancient inclination, no longer possessed by enlightened Humankind. In our synthesized histories, however, details are confined to generals, geography, battle strategies and formations, victories and defeats, with precious little revealed of the highly complicated and combined subjective forces that generate and fuel war.

Both emotional arenas are impacted by procreation, which has been and is still a fundamental contributor to warrings of Humankind—Egalitarian by prolific population against an already disadvantaged state (spawning contending clans, tribes, sects); Egoistical through desirously dedicated intent to perpetuate power over resources and territorial possessions via dynastic or political legacies.

The impact of trade equals that of procreation, its import also scarcely extractable from our synthesized knowledge of history—trade as relates to providing respective population groups with the elements deemed necessary to their survival style, which can range from food itself to fuel for high-powered engines. (A rare example of record is Macedonian Philip II’s battling east to Byzantium and the Bosphorus to keep the Black Sea open to shipments of the grain supply that provided Athens with much of its food.) Also scarce in the record is data on the realities of the countless refugees, enforcedly relocated groups, or civilians simply killed by conquerors.

Language rounds out the war trilogy, for it contains all the nuances and vulgarities upon which come to feast notions of varying philosophies and religions, the final hovel of emotions of the starved—whether of food, shelter, education, opportunity, and/or reasonable capacity freely to pursue life, liberty, and happiness.

This Introduction essentially has not been composed in contemplation of Timeline users. However, the following notes are included in case someone other than the compiler happens across it:

(a) Footnotes are an integral part of the Timeline. (It was considered making them end notes, but they are necessary in place if one wishes to follow the text knowledgeably.)

(b) Special effort had been made in use of terms to distinguish secular circumstances, events, and population groups from religious identifications.

(c) In many cases, years must be taken as estimates, in that conflicts between sources present differences. Some alternative years have been shown by slashes.

(d) Quotation marks around names may indicate (1) a location of the mentioned town or battle is not supplied, or some question or emphasis may relate to the term as used; (2) a regional name supplied before its common use in the year of the entry (e.g. “Syria”); (3) [only rarely] words in quotation marks are from one of the reference sources (below).

(e) The work would benefit beyond measure from in‐depth review, adjustments and/or corrections by authorities in the respective historical epochs and eras. (One also can fantasize an expansion embracing the wider world.)

Click here to read the full text of A Chronological Particular Timeline of Near East and Europe History as a PDF.